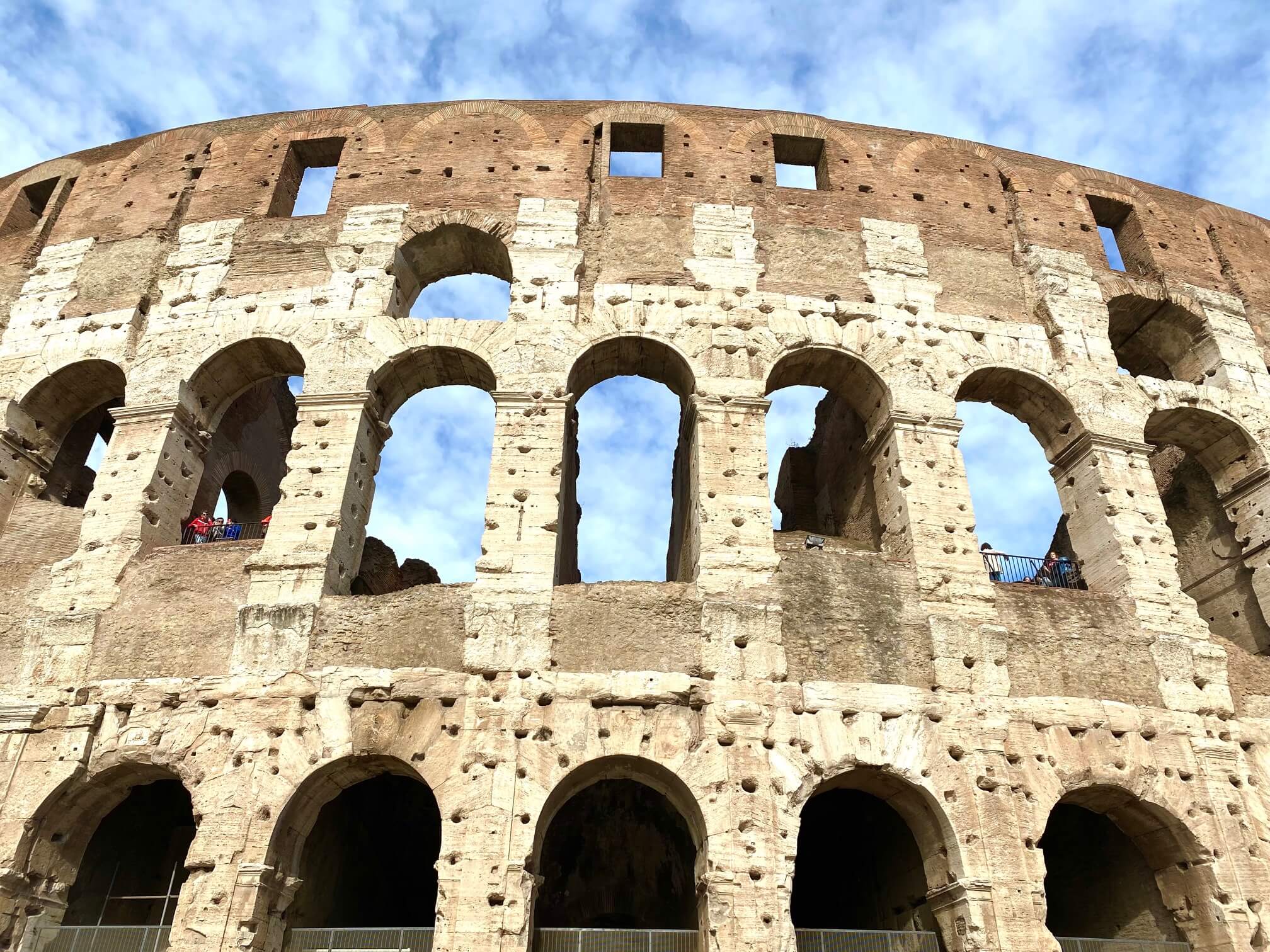 There was no doubt in my mind that we had to tour the Colosseum while in Rome. It’s one of several iconic sites that all first-time visitors dutifully see. But when I learned last year that the underground gladiator tunnels had been renovated and opened to the public, I knew this had to be a part of our tour.

I might be one of the few people on earth that has not seen the movie, Gladiators, but it doesn’t matter, I have always been fascinated by the Colosseum. It’s a 2,000 year old architectural and engineering wonder.

Built in 80 A.D., the Colosseum remains the largest amphitheater in the world. It could seat 50,000 people. Spectators were seated by class starting with nobels on the first level and peasants on the top. It’s believed that there was both running water and working toilets, something very much needed since spectators would spend the entire day here.

Epic gladiator battles were held here to entertain the citizens of Rome, something that’s been shared during tours for decades. What’s new is the opportunity to see behind the scenes. We enjoyed every minute of this tour, and I hope to convince you to do the same.

How To Book The Colosseum Underground Tour

There are dozens of Colosseum tours available while visiting Rome. But if you plan to go underground, you will need to reserve a tour in advance that clearly specifies underground access. It’s important to note that at this time, underground access is only available with a guided tour group. Furthermore, only a limited number of groups are allowed each day. So if you’re visiting during peak season–June, July, and August–I’d recommend booking a few weeks prior to your departure.

We booked this tour through Get Your Guide and were extremely pleased. It’s not cheap, currently around $79, but it was worth every dime.

Let me start by explaining that many tours combine the Colosseum and the Roman Forum since they are located next to each other. And while you can certainly just do one or the other, it really is worth it to do both. Both were integral parts of Roman life.

We met our guide, Franz, just outside the Colosseum Metro stop. He passed out small listening devices and ear pieces and then led us to the group entrance for the Roman Forum which is located near the Colosseum. One of the many benefits of this tour was skip-the-line access to both the Forum and the Colosseum. You can waste many hours waiting in line for the most popular attractions in Europe. If you can afford it, it’s always worth the money to pay for skip-the-line access.

I really knew nothing about the Roman Forum before our trip, so I was in awe as we stood in the center of dozens of ruins and listened to Franz explain what we were looking at. This was the center of Roman life. Government buildings and the most important temples were here. Among them was the Senate, where all major decisions were made and over which the emperor presided. This was also the location for courts. Citizens often came to listen to speeches by politicians or view trials.

Historians estimate the Roman Forum began around 500 B.C. At first it was simply a space to gather, but over the centuries dozens of buildings were added. By the reign of Julius Caesar the Forum had become overcrowded, so he built a new one nearby.

Next Franz took us up a steep slope to the area known as Palatine Hill. This was where wealthy Romans lived. They built villas and surrounded them with manicured gardens. Today it’s the single best view of the Forum down below.

After an hour exploring the Forum, it was finally time to head to the Colosseum. Again, with skip-the-line access we entered quickly. While we waited for our time to go underground, Franz shared more information about this amazing amphitheater. The Colosseum sits on a 45 foot concrete donut that was built to support the size and weight of the structure. 100,000 cubic meters of limestone were used to build the above ground structure. It’s believed it took seven to eight years to complete.

When it was our turn to go underground we followed Franz and a Colosseum staff member down a few flights of stairs. This portion of the Colosseum was originally excavated in 1875, but was only open to tours starting in July of 2021.

We walked through the tunnels that were used to move both gladiators and animals. Along the way we saw the remains of the cages that held the animals. I can only imagine that both people and animals felt tremendous stress being stuck underground in these cramped spaces while waiting to emerge on stage to fight.

At the end of a tunnel was a recreation of an elevator used to lift animals onto the stage. Using a pulley system, eight workers would lift or lower the elevator. According to the archeological director of the Colosseum, Rosella Rea, there were 24 of these elevators.

The large wooden stage used for gladiator battles no longer exists. It would have blocked the view of anyone working underground, making the space dark, damp, and often hot. But today, without the stage, visitors are treated to excellent views of the amphitheater above.

As we exited the underground tunnels we moved to the upper levels of the Colosseum. Now we had the opportunity to look back down at what we had just explored. Understanding both the above ground and underground experience gave us a complete picture of what took place at the Colosseum.

We wove our way through displays of artifacts found during excavation, headed to a great viewpoint, and then the tour was over. The above ground portion of our tour was crowded, so it became a bit difficult to focus on what our guide was saying. And quite frankly, I had learned so much over the past few hours that I couldn’t take in any more information. But nevertheless, I found this entire experience to be fasinating.

This tour lasts anywhere from three to four hours. And while that sounds long, it was the perfect amount of time to cover the Forum, Palatine Hill and the Colosseum.

How To Best Explore Majorca’s Coastline

The Perfect Day Trip From Florence 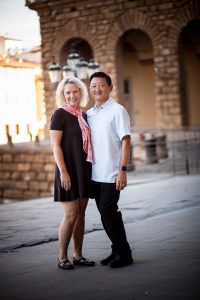